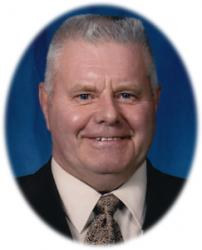 The death of Allan Sears, 72, of Sackville, occurred on Sunday, November 13, 2011 at his home.  Allan was a son of the late Earl and Thelma (Langille) Sears of Sackville.

Allan served in the Royal Canadian Navy for fourteen years as a PO 2 and had followed that as an industrial mechanic.  Allan's life took several career paths, including a Lay Minister for the United Church, a business owner, handyman and funeral director.  He was a chaplain for the Sackville Branch of the Royal Canadian Legion, #26.

Allan will be sadly missed by his wife of 40 years, Mary (nee MacLellan); one daughter, Mary Elizabeth (Kirk) Sears Sterling, of Riverview, NB; half-sisters, Jennifer Enns and Colleen Dixon both of Ontario; a half-brother, Kevin Monahan of Alberta; as well as many special cousins, extended family, and close family friends.

Besides his parents, Allan was predeceased by his son Gwellyn in 1985; his brother Earl, and his half-brother Brian Monahan.

Arrangements have been entrusted into the care of Jones Funeral Home, 70 Bridge Street, Sackville (364-1300) from where visitation will be held from 2-4 and 7-9 pm on Tuesday, November 15, 2011.   A funeral service will be held at the Sackville United Church at 3 pm on Wednesday, November 16, 2011.  Reverend Catherine Gaw officiating. The Sackville Branch of The Royal Canadian Legion, #26, will conduct a memorial service at the funeral home at 7 pm on Tuesday.

Donations in Allan's memory may be made to the Royal Canadian Legion, Branch 26, or The Tree Of Hope Foundation.