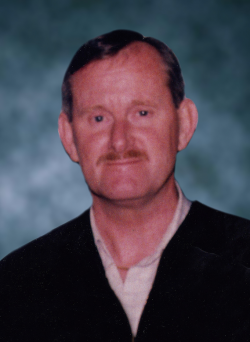 It is with great sadness that we announce the passing of Vernon Guy Crosthwaite, 72, of Moncton, and formerly of Sackville, NB, at his home on Tuesday December 6, 2022.  Vernon was born in Sackville, a son of the late Douglas Trenholm and Mildred (Ammison) Crosthwaite.

Vernon began his work career at Atlantic Industries in Dorchester Cape, before moving on to the Dorchester Penitentiary in 1977.  While working as a Correctional Officer, he was also a member of the Emergency Response Team, a certified Firearms and Weapons Instructor, as well as Hospital and Escort Coordinator.  While there, he was the recipient of several awards for exemplary service. He retired in 2003 due to ill health.

In his younger years, he was an active member of the Lions Club, and the Blue Knights Law Enforcement Motorcycle Club.  He was president of the Moncton Chapter for several years as well as holding various positions within the organization.

Vern was a sharpshooter and traveled to competitions in Canada and the US, often bringing home trophies.  He kept physically active and used to run, competing in occasional marathons.  Vern loved Karate and had attained his Green Belt before having to give it up.

Vernon is survived by his estranged wife, Gail; his son, Brent G. Crosthwaite of Moncton; ; a stepson, Ryan Blue, Burton, NB; a grandson, Devin LeBlanc; brothers, Wayne (Patsy), Raymond, and Stephen (Carrie) all of Dorchester Cape, as well as Eldon, Dorchester and Walter (Karen) of Haines City, FL; his sisters, Harriet Coombs, Sackville, Sandra Gogan Surrey, BC, and Wanda (Chris) Henwood, of Sackville, as well as many nieces and nephews.

Besides his parents, Vernon was predeceased by his daughter, Melanie Crosthwaite in May of 2022; a brother, Douglas, and a sister Cheryl Read.

Arrangements are under the care and guidance of Jones Funeral Home, 70 Bridge Street, Sackville (506-364-1300).  Honouring Vernon's wishes, cremation has taken place.  A public visitation will be held at the funeral home on Tuesday, December 13, 2022 from 1 pm until the time of the funeral at 2 pm.  Interment to follow in the Dorchester Rural Cemetery.  Pastor Scott Balser presiding.

At the request of the family, in lieu of flowers donations in Vernon's memory may be made to the Heart & Stroke Foundation or the Cumberland Hospice Fund, Amherst.

Sharing of memories and condolences may be sent to the family by visiting the online memorial at www.jonesfuneralhome.ca or the Jones Funeral Home Facebook Page.