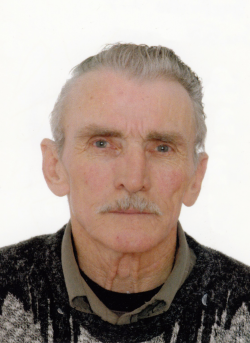 It is with deep sadness we announce the passing of Jack D. Nicholson, 82 years, of Sackville, on Thursday, October 27, 2022. Born in Port Elgin, NB, he was the son of the late Delmar and Leah (Beaman) Nicholson.

Jack was the husband of the late Helen Ward (2020).He will be dearly missed by his daughters, Kasey (Marcel) Nicholson, AB, Linda Nicholson, BC, and Vonda Cummings, AB; two sons, Danny Parsons, Sackville, and Tim Lambert, ON; and a step-daughter, Karen Ward, Amherst.  Jack was loved and will also be missed by his many grandchildren and great grandchildren as well as many nieces and nephews; his brothers, Gordon, ON, Colin, ON, Gary (Dolores), ON; his sister, Evelyn (Eric) Tower, ON; a sister-in-law, Sandra, ON, and a brother-in-law, Stephen Estabrooks, ON.

Besides his parents, he was predeceased by his wife, Helen (Beal) Ward; his step-daughter, Kimberly Ward; his brothers, Robert "Bobby", Delmar and Kenny, and a sister, Marilyn.

The family wishes to extend their sincere gratitude to Jack's very close friends, Bonnie & Frenchie Blanchard for their compassion and care over the years.

Arrangements have been entrusted to the care and direction of Jones Funeral Home, 70 Bridge Street, Sackville, NB (506-364-1300) from where a funeral service will be held on Wednesday, November 2, 2022 at 1 pm with burial to follow in the Sackville Cemetery.

Donations in Jack's memory may be made to a charity of one's choice.

Memories and condolences may be sent to the family by visiting Jack's online memorial at www.jonesfuneralhome.ca or through the Jones Funeral Home Facebook Page.