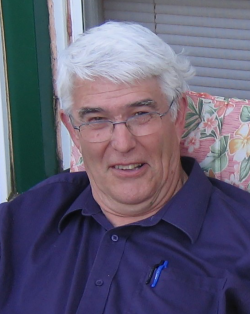 It is with deep sadness we announce the passing of Dr. Lloyd William Trerice, age 76, of Amherst, NS, in the Cumberland Regional Health Care Center.  Lloyd went to be with his Lord and Saviour on Wednesday, October 5, 2022.

Born in Halifax, NS, he was a son of the late Lyman and Audrey (Weatherbee) Trerice.

Lloyd was educated in public schools in Halifax, NS before going to Dalhousie University where he obtained a BSc (Geology) and BEd. After teaching Science in Amherst public schools for a decade he decided to change his profession and attended Dalhousie Dental School where he obtained his DDS. Meanwhile he followed his passion to use his hands and built several homes in Cumberland and Colchester counties. He opened his Dentistry Office in the old Trerice homesteadwhich he personally converted from a home to his Office. After practicing dentistryfor some 25 years in Amherst, he began to help the Correctional Institutions in the area. Then he became a Clinical Instructor in the Faculty of Dentistry, Dalhousie University. Here he could combine his expertise as a teacher with the knowledge gained from practicing dentistry for a few decades. He particularly enjoyed teaching our new immigrants in their Qualifying Programme.

Sharing of memories and condolences, may be sent to the family by visiting the online memorial at www.jonesfuneralhome.ca or through the Jones Funeral Home Facebook Page.