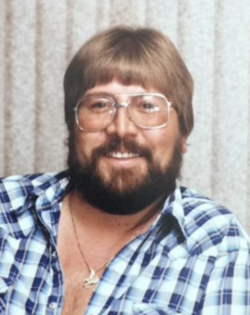 It is with heavy hearts that we announce the passing of Lorenzo "Bidou" Gould, 68, of Shemogue, at home surrounded by family on May 17, 2022.  Born in Shemogue, NB, Lorenzo was the son of the late Aimée Gould and the late Alice (LeBlanc) Gould.

A former truck driver, he was a member of St Timothee Roman Catholic Church in Shemogue.

Bidou will be missed for his wonderful sense of humor, his roaring laugh, his open door and inviting space – where so many spent countless hours conversing with him regularly and enjoying his company.  Bidou seemed to always be able to find an answer to any question and was always there to help anyone.  He led a full life and never allowed his disease to define him.   He was never one to complain, he made the best of each day and each situation.  He leaves us all with many fond memories and full hearts for having had him in our lives for as long as we did.

His loss is deeply felt by his four brothers, Reginald (Priscille), Grand Barachois, Albeo (Marie), Guy (Rose), and Norman (Micheline) all of Shemogue; 4 sisters, Maria (Antoine Richard), Petit-Cap, Roseline (Hubert Cormier), Cap-Pele, Zella (Jean-Paul Duguay), Shemogue and Cecile Melanson, Cap-Pele.  He was so much more than an uncle to so many nieces and nephews, great nieces and great nephews.   He was a cherished friend to so many.  The loss is enormous.

He was predeceased by his father Aimée, his mother, Alice (LeBlanc) Gould, a brother Hubert, a nephew Mathieu and a brother-in-law, Ola Melanson.

Arrangements have been entrusted into the care and supervision of Jones Funeral Home, 70 Bridge Street, Sackville, NB (506-364-1300). In keeping with Bidou's wishes, a Funeral Mass will be held on Friday, May 20, 2022 at 11 AM at the Sainte Therese D’Avila church in Cap-Pele, followed by internment in the Paroise de St. Timothée Cemetery

In lieu of flowers, Donations in Memory of Lorenzo (Bidou) can be made to the Muscular  Dystrophy Association.

Sharing of memories and condolences may be sent to the family by visiting the online memorial at www.Jonesfuneralhome.ca or through the Jones Funeral Home Facebook page.