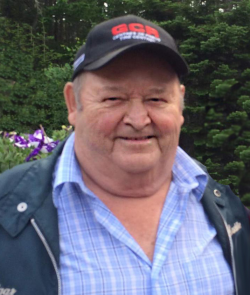 Service Information
Service Time
A celebration of life will take place at a later date
Requested Charity
Midgic Baptist Church or the Canadian Kidney Foundation, or a charity of choice
Send Flowers

It is with sadness that we announce the passing of Edgar Leaman Estabrooks, 84, of Sackville, NB at the Moncton Hospital on Saturday, May 14, 2022.  Born in Sackville, Edgar was a son of the late George and Jennie (Jameson) Estabrooks.

Edgar was a coach and referee for minor hockey for many years but his favourite sport was curling, and in particular his participation in the Legion Curling Team.  He was an avid out doors man and loved hunting and fishing.  He was a Life Member of the Royal Canadian Legion, Branch 26, Sackville.

Edgar was the last surviving member of his immediate family; he was one of eighteen children.  Besides his parents, he was also predeceased by an infant grandson, Ryan.

Arrangements are under the care and guidance of Jones Funeral Home, 70 Bridge Street, Sackville, NB (506-364-1300).  Honouring Edgar's wishes, cremation has taken place and a celebration of life will take place at a later date.

For those who wish to do so, donations in memory of Edgar may be made to the Midgic Baptist Church or the Canadian Kidney Foundation, or a charity of the donor's choice.