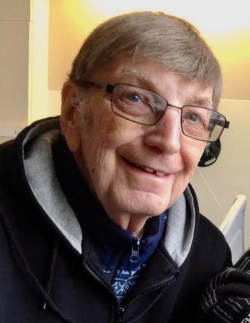 Service Information
Service Location
No Visitation or Funeral Services
Requested Charity
Canadian Naval Memorial Trust and HMSC Sackville; The Friends of the Moncton Hospital; or a charity of the donor's choice.
Send Flowers

It is with extreme sadness we announce the death of our beloved Kenneth Perry Letterick.

He is survived by a son, Kevin of Halifax; a daughter, Kate of Moncton; and a cherished grandson, Justin (Monica) of Moncton.

Ken is predeceased by his wife, Kathleen, who died in 2020.

Ken proudly served his country, signing up with the Royal Canadian Navy in 1942.  He was stationed on 7 different ships, and served in support of D-Day operations and in Normandy.

He was awarded several medals including the Atlantic Star with France and Germany clasp, and the Canadian Volunteer Service Medal with clasp and war medal.

After his retirement, Ken worked tirelessly to help other veterans navigate their way through the pension system.  He was a member of the Royal Canadian Legion and the Riverview Veterans and Armed Forces Association.

Ken had a huge zest for life.  He was kind, patient, and always liked to joke and laugh with people.  Before his death, Ken was planning his 98th birthday party for next month, which his family will hold in his honour.

A Boston Bruins fan, Ken also loved to watch news and current affairs, and especially The Weather Network.  He will be deeply missed.

Arrangements are under the care and supervision of Jones Funeral Home, 70 Bridge Street, Sackville (506-364-1300).  At the request of the family, there will be no visitation or services.

The family would like to thank the staff at the Drew Nursing Home for all their care.  Ken's room was a popular place for staff to go for a laugh, or one of the many treats he always had on hand.

Donations in memory of Ken may be made to the Canadian Naval Memorial Trust and HMSC Sackville, the Friends of the Moncton Hospital or a charity of the donor's choice.

Sharing of memories and condolences may be sent to the family by visiting Ken's online memorial at www.jonesfuneralhome.ca or through the Jones Funeral Home Facebook Page. 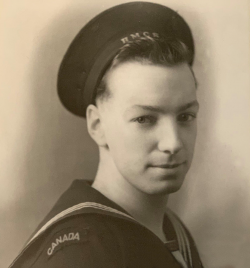