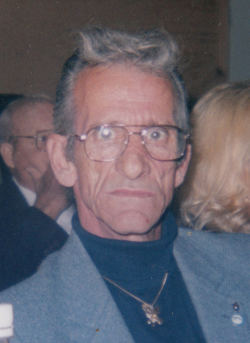 It is with sadness we announce the passing of Kenneth Edward Gary Silliker, age 80, of Port Elgin, NB.  Gary passed away at home on Thursday, January 13, 2022.

Born in Valdor, PQ, he was a son of the late Charles and Irene (Vautour) Silliker.

Gary loved his dogs.  He enjoyed his cars, always dreaming of a Camaro, finally owning one when he was 78.  He hung out at Bimbo's garage, always tinkering.  In his younger days, he was a member of the Canadian Military, later working for many years in Toronto as a steel worker.

In addition to his parents, he is predeceased by his siblings Roy, Floyd, Robert, Danny, and Margaret.

Arrangements are under the care and supervision of Jones Funeral Home, Sackville and Port Elgin, NB (506-364-1300). Honoring Gary’s wishes, cremation has taken place with no service.

Those wishing to make a donation may do so to the charity of your choice.