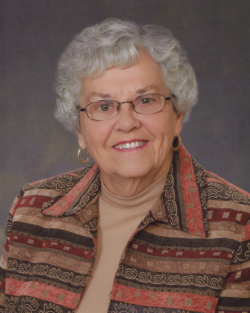 It is with great sadness that we announce the peaceful passing of Marion Blanche Murray, long-time resident of Dorchester, NB, on December 9, 2021, just weeks after her 91st birthday.

Marion was born in Rexton, NB as one of four children to parents Victor and Alice (Wilson) Lawson. After graduating high school at a young age, she followed her passion for education and attended New Brunswick Teachers’ College. She started her first teaching job at MacDougall settlement, a one-room grade school, moving on to various teaching positions and became a well-respected educator at the many schools she taught at. She always said she took delight in working with children as they brought her great joy and laughter.

In 1949, Marion married William (Bill) Murray and when he began working at the Dorchester Penitentiary, she would spend weekends in Dorchester, living at the Windsor Hotel. They eventually moved to Dorchester and together raised their seven children, enjoying summer trips to shore affectionately known as "Wright’s Point". A devoted mother, Marion took time off from her career to raise her children, eventually returning to teach and tutor until she retired. Sadly, in 1984, she became a young widow when Bill passed away suddenly.

Marion loved to dance, sing and was an avid music lover. You could always find her singing a tune or shuffling her feet, whether it was at home with her family or with one of the many community or competitive activities she enjoyed.  She eventually found a new dance partner, Don Hopkins, who she enjoyed twenty-one happy years with before his passing in 2016. Plenty a trip was had in their motorhome, be it cross-country to visit relatives or a winter down in sunny Florida.

Marion met her lifelong friend, Elizabeth Lumadue (Murphy) at age 10 and the two never lost touch. As her "golden friend", they never missed a birthday or special occasion, and although Elizabeth moved to Virginia, the pair would connect when Marion and Don made their way to Florida.

In addition, Marion was a dedicated volunteer for a number of causes. She was a member of the United Church, a Matron of Harmony Chapter Eastern Star (Dorchester), a life member of Ladies Auxiliary Canadian Legion, a canvasser for the Heart and Stroke Foundation, and the President of Dorchester Unity Cancer Society.

Marion held a deep affection for her grandchildren, making them the centre of her attention when in their presence. Whether it be playing games, matchbox cars, baking treats, colouring or teaching them how to play the pump organ, Marion brought family together with her wit, enthusiasm and love. She loved to learn new crafts and enjoyed knitting and crochet, making unique hand-made tree ornaments for each grandchild every Christmas.

Marion continued to live in Dorchester and Sackville until she moved into a memory care retirement home in 2018. In the last few years of her life, Marion experienced limited mobility due to her illness. She was fortunate to have many close and kind friends who came to her aid, taking her for drives and filling the days with coffee and conversation. While we will greatly miss that mischievous smile and twinkle in her eye, Marion’s strength, courage, positive attitude and sense of humour will continue to inspire her family.

Many thanks to the dedication and empathy shown by staff at ProTem Memory Care Centre, especially while dealing with Covid

Arrangements are under the care and supervision of Jones Funeral Home, 70 Bridge Street, Sackville (506-364-1300)  A gathering of friends and family to share stories and memories will be announced at a later time.

If so desired, donations may be made to the Heart and Stroke Foundation, the Alzheimer's Society, or a charity of your choice.

Sharing of memories and condolences may be sent to the family by visiting the online memorial at www.jonesfuneralhome.ca.