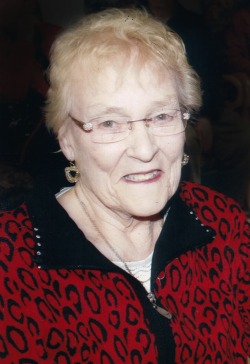 It is with heavy hearts that we announce the passing of Nellie Anna (Phinney) Forbes Legere on Thursday, December 9, 2021 at the Sackville Memorial Hospital.  Born in Midgic, Nellie was a daughter of the late Kenneth and Della (Sears) Phinney.

Besides her parents, she was predeceased by her first husband William Forbes; her second husband, Albert Legere; her daughter Della Mae "Dee Dee" Landry; her sister Marjorie Snowdon and her brother Ernest Phinney.

Arrangements are under the care and supervision of Jones Funeral Home, 70 Bridge Street, Sackville, NB (506-364-1300).  Honouring Nellie's wishes, cremation has taken place.  A funeral service for Nellie will be held at the funeral home on Saturday, December 18, 2021 at 2 pm.  Burial will take place in the Midgic Cemetery in the Spring.

To attend the funeral service proof of double vaccination and a government issues ID will be required as per current regulations.

Donations in memory of Nellie may be made to the Heart & Stroke Foundation or a charity of the donor's choice.