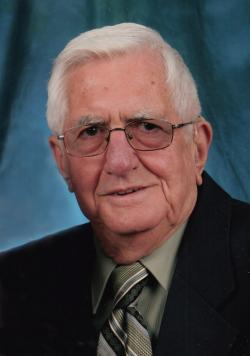 It is with profound sorrow that we announce the peaceful passing of our cherished patriarch, Ellsworth James Patterson, 92, of Sackville NB on Tuesday, June 22, 2021 at the Sackville Memorial Hospital. Born in Midgic, NB, Ellsworth was a son of the late William and Kate (Fillmore) Patterson. The youngest of nine children, he was the last surviving member of his immediate family.

Ellsworth was employed by General Electric/Moloney Electric for most of his career and enjoyed the great camaraderie and enduring friendships formed with his co-workers. He was a man of great faith, and a member of the Midgic Baptist Church.

Ellsworth had great love and respect for all people and a love for life itself. His family was his biggest passion, dear friends were considered family too. His home was always a welcoming place if in need of a place to stay, a non-judgmental listening ear or some fun and entertainment. Ellsworth enjoyed music, be it playing the harmonica for his great-grandchildren to dance, or strumming the guitar along with Doug, who always kept him in tune. He enjoyed many a good game of 45’s with his nieces and nephews, and the fun of family washer toss competitions. Never one to stay still for long, he valued the freedom of hopping into his Ford to take a drive to check on family or a favorite lady, or maybe a favorite shop (Cheers Dad!). Ellsworth got great pleasure from food. He was a regular at Patterson’s Restaurant where he enjoyed VIP service from the staff. Poutine and headcheese were treats that Bonnie often brought, and sushi was a new favourite his grandson introduced to him just this past year. He claimed his only dislike was butter, thus our butter chicken dish got a code name. He had a striking gift for gab and spent most evenings perfecting his telephone skills. In earlier years he enjoyed making toys from wood that are treasured by family members. Ellsworth held a place in his heart for dogs, especially his poodles. A loving home he gave to each, first was "Candy" then "Candy 2" and lastly "Candy 3".

Arrangements have been entrusted to the Jones Funeral Home, 70 Bridge Street, Sackville, NB (506-364-1300) Public visiting hours will be held on Friday, June 25, 2021 from 6-8 pm. A private family funeral service will be held at the funeral home on Saturday, June 26, 2021 at 3pm. The funeral service will be streamed and made available by visiting his obituary on the funeral home website.

Donations in memory of Ellsworth may be made to the Drew Nursing Home Glider Chair Fund or a charity of the donor’s choice.