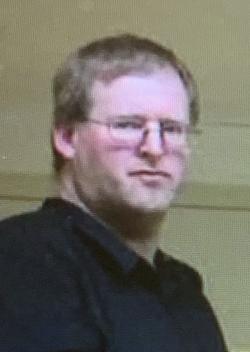 It is with terrible sadness that we announce the sudden passing of Jamie F. Leard, 38, of Upper Cape, NB.  Jamie was born in Moncton, and was a son of Doris Leard of Upper Cape, NB, and Frank Robinson of Oxford, Nova Scotia.

Jamie was into boats and trains.  He was an avid sports fan, enjoying both football and hockey, cheering for the Colorado Avalanche whenever they played.  He enjoyed the outdoors and in particular hunting, fishing, and taking photographs.  As a child, the camp was his main hangout with his closest friends.

Arrangements are under the care and guidance of Jones Funeral Homes, Sackville & Port Elgin, NB (506-364-1300).  Cremation has taken place.  A graveside service for Jamie will be held at 3 pm on Sunday, August 1, 2021 at the Bayfield Cemetery. All are welcome to attend.

Donations in memory of Jamie may be made to the Bayfield/Cape Tormentine Fire Department.

Sharing of memories and condolences may be sent to the family by visiting Jamie's online memorial at www.jonesfuneralhome.ca or through the Jones Funeral Home Facebook Page.