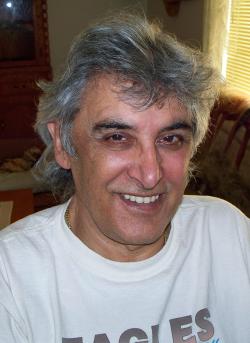 It is with sadness we announce the passing of Brian Francis Edwards, age 76, of Port Elgin, NB, formerly of London England.  Brian passed away after a 2 year battle with Cancer at his home on Saturday, May 22, 2021 surrounded by his family.

Born in Amersham, England, he was a son of the late Derrick and Gladys (Mainguiy) Edwards.

Brian was raised in London England. After secondary school, he went on to work at a small factory.  As a young adult, he visited his parents while his father was working in Uganda, Africa.  He lodged with the Gunputrav family for 4 and a half of the 9 years he ended up enjoying in Uganda.  While in Uganda, he worked for the Uganda Argus Newspaper as a proofreader.  He returned to England in his late 20's where he worked for Natwest Bank as a Graphic Designer, then the Milton Keynes Citizen Newspaper where he made life long friends in Jackie Tripp and Pat Bewick.  He retired young and built a house in Spain where he had once visited as a child and loved.  32 years after living with the Gunputrav family in Uganda, he reached out to their daughters and ended up marrying Vivienne, the baby of the Gunputrav's.  After 5 years in Spain, they moved to Port Elgin, NB where they found their forever home.

He was predeceased by his sister Valerie Spedding and his God Child Juliette Grooms.

Arrangements are under the care and supervision of Jones Funeral Home, Port Elgin and Sackville, NB  (506-364-1300).  Cremation has taken place.  Funeral Mass will be held at the St. Clement's Roman Catholic Church on Thursday, May 27, 2021.  Due to Covid Restrictions, it will be an Invitation Only service.  Mass will be Streamed on his obituary through the funeral home website by Thursday Evening

Brian's family wants to express heartfelt thanks to Corinna Power and the staff of Port Elgin Regional Health Centre,  the Nurses and Staff of the Tantramar Extra Mural Program, the Nurses and Staff at the Dr. Sheldon H. Rubin Oncology Clinic, and Marty McGlashing for his exemplary home care.

For those who wish, donations may be made to the Port Elgin Regional Health Centre, PEDVAC or to the charity of your choice.