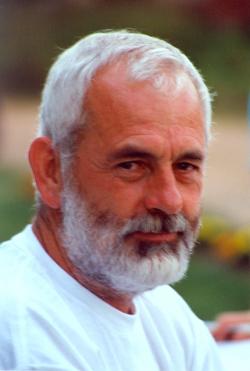 It is with deep sadness that we announce the peaceful passing of Richard "Rick" Walton Sullivan, age 84, of Sackville, NB.  Rick passed away at the Sackville Memorial Hospital on Thursday, February 25, 2021.

Born in Amherst, NS, he was a son of the late Walton and Madeleine (MacKay) Sullivan.

Rick retired from NB Power in 1993 after a career of almost 31 years, mostly as a linesman in the Sackville District.  He served as IBEW union representative for many years and was also an active member of the NB Power employee 25 year club.

Dad was known for his "Christmas star" on Ogden Mill Road which could be seen for miles.  He loved children and children loved him.   For many years at Pattersons Children's Christmas party he was "Santa with the real beard".  He was "Grampy Rick" to some of his grandchildren and Grandpa to the others as well as to many kids at "Bev's House".

Besides his parents he was predeceased by his wife Vivian (Mumby); sister Wendy: brothers Dean (by one day) and  Glenn Arthur (in infancy); brothers-in-law Adrian Hicks and Douglas Atkinson.

Arrangements have been entrusted to the Jones Funeral Home, 70 Bridge St., Sackville (506-364-1300). An invitation only Special Rite of Christian Burial, will be held at St. Paul's Anglican Church, Sackville, NB, Fr. Craig O’Brien SSC, officiating, on Saturday, July 3, 2021 at 2 pm.  Burial will take place in the Sackville Cemetery immediately following the service.

Donations in memory of Rick may be made to the St. Paul's Anglican Church, Parkinson Society of Canada, or the charity of your choice.

Condolences, and sharing of memories may be sent to the family by visiting Rick’s online memorial at www.jonesfuneralhome.ca or through the Jones Funeral Home Facebook Page.