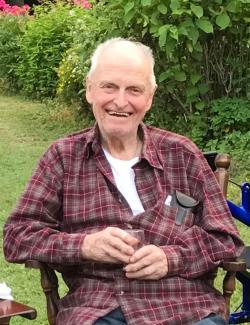 Rodney Mcleod, had a long and distinguished career as a Musician.

Starting first as a young violinist while a student at Point Grey Secondary School, and a student of Jean de Rimanoczy, Rodney joined the Vancouver Junior Symphony (under the direction of Frank D’Andrea). After graduating from Kitsilano High School, Rodney travelled to London, England as a student at The Royal Academy of Music, where he completed his Licentiate in Performance on Viola in 1954 as a student of Lionel Tertis (1876-1975), Max Gilbert and Watson Forbes (1909-1997).  While in London, he performed with many different ensembles, most notably as a member of the prestigious Royal Opera House Orchestra in Covent Garden, until his return to Canada in 1959.

Rodney had an extensive and varied performing career. He was an inaugural member of  the Vancouver "Arts Quartet"  performing in their premier at the Arts Club Theatre in 1961 (Vancouver). He also performed either as assistant or principal violist with many different ensembles. These included the Vancouver Symphony, The CBC Chamber Orchestra, the Vancouver International Festival Orchestra and later on with the Prince Edward Island Symphony.

In 1964 he made the long trek to eastern Canada with his family, after having accepted an appointment as a string specialist in the Department of Music at Mount Allison University inSackville, New Brunswick. He was promoted from Assistant Professor of Music to Associate Professor of Music in 1972.  It was during his tenure at Mt. A. that he completed his Master of Music Degree in Performance and Literature  at the Eastman School of Music (1969) in Rochester, New York. In 1974, he became the director of the Mount Allison University Music Summer Camps, remaining in that role until 1989.

Rodney also had an extensive career as a conductor. His first appointment came in 1963-64 with the Vancouver Junior Symphony Orchestra. His passion and natural ability for working with young musicians was obvious, and shortly after arriving at Mount Allison, he quickly became associated with the New Brunswick Youth Orchestra (NBYO).

This would be the start of a long career inspiring countless young musicians from all across Atlantic Canada. He started as Regional Conductor and instructor in 1966, (the NBYO’s first year),  became Assistant Conductor in 1969,  and would eventually become Principal Conductor, a position which he held until 1987. Under his guidance, this acclaimed orchestra performed 6 times at the prestigious Canadian Festival of Youth Orchestras in Banff, Alta., and in concerts throughout Ontario, Quebec, and the Atlantic Provinces. In 1978, in Mr. McLeod’s name, the orchestra won a PRO Canada Orchestra Award for imaginative programming of contemporary music.

After a long and rewarding teaching career of more than 30 years, Rodney retired from Mount Allison in June of 1996.  His musical journey spanned oceans and continents. His legacy is far-reaching and profound. His mentorship and leadership were a gift to us all.

Rodney loved his family without reserve, featuring them prominently in all his stories: Dodie, his high school sweetheart and wife of almost 66 years; his three children and their spouses, Donna-Claire and Ian, Rob and Pam, Karen and Tom; his grandchildren and their partners, Andrew and Andrea, Caileigh and Brady, Alec and Josiane, Hayley and Evie; and his great-grandchildren Fionn and Bronwyn.

In return he was recognized by all who loved him as mischievous, playful and "occasionally" opinionated with a twinkle in his eyes, a bad pun at the ready and a colourful vocabulary that motivated his grandchildren to keep a "swear jar" within easy reach at all times.

He was a perfectionist, giving his best to every challenge and expecting the best from everyone around him in exchange. As a musician he was equally at home performing in a world class opera house as he was playing violin duets with his friend Polly in her living room. Through directing the Mount Allison University summer music camps and conducting the New Brunswick Youth Orchestra, he inspired a generation of young musicians (including his own son and daughter) to pursue successful careers in the performing arts.

His industriousness, enhanced by his ability to fully function on only five hours of sleep , shone through in his love for systems (always searching for a way to build a "jig" to make a job more efficient, or muttering "there must be an easier way") and his thrift (keeping every screw, nail, washer, and bolt organized by size and type in recycled tobacco tins, and never throwing out a plan or tool, working or not because, "you never know"). "Guess how much I paid for this?" was a phrase that started innumerable conversations, and it was with this careful use of resources that he and his wife Dodie completed their most ambitious project, one that would be a constant inspiration to their three children: the rebuilding of their century farmhouse. Undaunted by the enormity of the task and with limited resources, their tenacity instilled in two of their children a lifelong obsession with home renovation. For their third, Rod’s love of boats and all things marine gave way to a lifetime love of sailing and the knowledge of how to tie a perfect clove hitch.

Avid fisherman, skilled woodworker, passionate photographer, and connoisseur of fine onion and cheese sandwiches, Rod has left his family with countless memories of his quirky proclivities. He loved Brahms but hated Rod Stewart. He never cooked anything but oatmeal or Cream of Wheat, but ALWAYS did the dishes.  He was the king of the deal, and could smell a sale item just by driving past a store. He never met a movie he couldn’t sleep through, and rarely would remember the salient details if he did stay awake, famously describing Star Wars as "that movie with the big cat where stuff falls over". His unflagging loyalty in life and love extended to his brand of car, claiming that his Subaru had saved his son's life in a head-on highway collision with a snowplow.  He always fixed his glasses with his middle finger when they slipped down his nose. He was the best audience for his own jokes.

Above all, he was steadfast, kind, genuine and supremely talented. He will be greatly missed.

To honour Rod’s legacy his family requests that donations be made to the New Brunswick Youth Orchestra.

Arrangements are under the supervision of Jones Funeral Home, 70 Bridge Street, Sackville, NB (506-364-1300).  Cremation has taken place.  There are to be no services at this time. 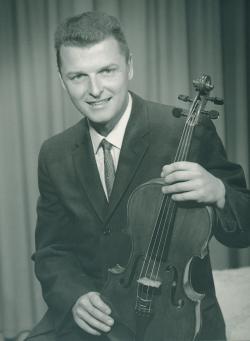