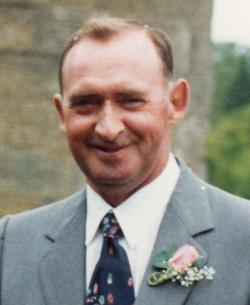 Leon Walter Tower, 77, of Sackville, NB, peacefully passed away on December 1st, 2020 in the Sackville Memorial Hospital.  Born March 28, 1943, Leon was a son of the late Alonzo and Roberta (McPhee) Tower of Dorchester.

As a young man, Leon left to pursue a career in the Canadian Armed Forces.  He was stationed in many places, including Germany, from where he enjoyed traveling Europe.  Leon retired as a Sergeant.

He returned to his childhood hometown of Sackville, NB, with his wife and children.  Leon enjoyed the outdoors as well as hunting for moose and deer, and fishing with his brothers.  In particular, he enjoyed his walks and car drives in search of wildlife.

He was a great storyteller, an accomplished baker, helpful neighbour, and a wonder dad and grandfather.

Arrangements are under the care and supervision of Jones Funeral Home, 70 Bridge Street, Sackville, NB (506-364-1300).  Cremation has taken place.  A memorial service will be held at a later date in the spring.

Donations in memory of Leon may be made to the Canadian Cancer Society or a charity of the donor's choice.

Sharing of memories and condolences may be sent to the family by visiting Leon's online memorial at www.jonesfuneralhome.ca or through the Jones Funeral Home Facebook Page.