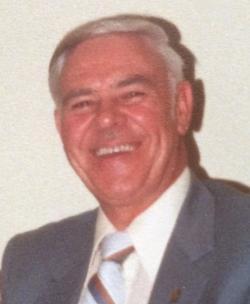 It is with deep sadness that we must announce the passing of William (Bill) Yeomans, age 91, of Sackville, NB. Bill passed away peacefully at the Drew Nursing Home in Sackville New Brunswick on November 23, 2020.

Born in Hamilton Ontario, he was the oldest son of the late Frederick and Doris (Sargeant) Yeomans.

Brought up in Saint John, NB, he was married there and eventually moved to Moncton, Fredericton, Edmonton, and finally to Sackville.  He was a member of St. Paul’s Anglican Church, Sackville, NB.

Bill was fortunate to have a job he loved, working with the very best of friends, and especially enjoyed their trips together to Nassau, Paradise Island, Barbados, Bermuda, Las Vegas and Atlantic City. He also enjoyed golfing and the many friends he met at the Riverside, Moncton, Mactaquac, Sherwood Park, and Sackville golf courses, and he was still playing the occasional round at the age of 90. Over his life, Bill enjoyed the fellowship of many organizations including the United Commercial Travelers, Moncton Kinsmen Club, and the Moncton Elks Club. He was especially honoured to be a life member of the Nummies Club in Moncton.

Arrangements have been entrusted to Jones Funeral Home, 70 Bridge Street, Sackville, NB (506-364-1300). A memorial service will be arranged at a later time when family and friends can attend.

Those wishing to make a donation in Bill’s memory may do so to the Drew Nursing Home in Sackville, NB, the Sackville Memorial Hospital Foundation, or a charity of your choice.

Online condolences and sharing of memories may be made to the family by visiting www.jonesfuneralhome.ca or by visiting our facebook page.