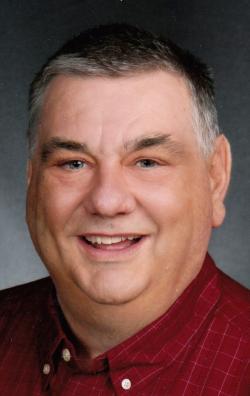 It is with deep sadness that we announce the peaceful passing of Colin Brent Estabrooks, age 59, of Sackville, NB, after a lengthy illness.  Colin passed away at the Sackville Memorial Hospital on Thursday, November 19, 2020 with family by his side.

Born in Sackville, Colin was the eldest son of Inez (Hains) Estabrooks and the late William "Bill" Estabrooks.

After he graduated from Tantramar Regional High School, Colin attended the Officer Candidate School of the Canadian Armed Forces in BC.  He chose to leave his training to fulfill his dream of becoming a police officer.  Colin’s policing career lasted 22 years starting in Kensington, PE, back home to Sackville, and briefly in Springhill, NS. He then became a Deputy Sheriff in Moncton for the past 15 years.

Colin was involved with farming and sports for most of his life. He was committed to his community by being a dedicated coach in baseball, hockey and football.  He proudly supported football in Sackville whether it was as an organizer of minor football or running the scoreboard at games.  Seeing the players develop and mature was one of his most rewarding accomplishments.

Colin was predeceased by his father Bill Estabrooks in 2019 and his father in law Ronald Faulkner in 2005.

Arrangements are under the care and supervision of Jones Funeral Home, 70 Bridge Street, Sackville, NB. (506-364-1300) where a private family service will be held on Wednesday, November 25, 2020 at 2 pm.  A live stream of the service will be available for all those unable to attend.  A public Gathering of Remembrance will be held at the funeral home once we are able to come together again.

Donations in Colin’s memory may be made to the Sackville Minor Football Association, Canadian Liver Foundation, or a charity of the donor's choice.

Sharing of memories, and condolences, may be sent to the family by visiting Colin's online memorial at www.jonesfuneralhome.ca or through the Jones Funeral Home Facebook Page. 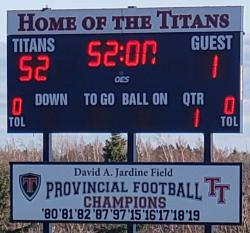