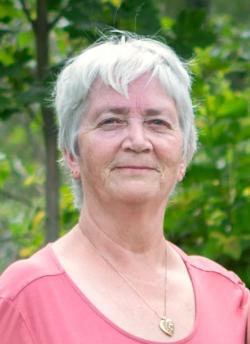 It is with profound sadness that we announce the unexpected passing of Susan Richards, age 65, of Sackville, NB. Susan passed away suddenly at the Hôpital Stella-Maris-de-Kent, in Sainte-Anne-de-Kent, NB.

Born in Sackville, NB, she was a daughter of the late Wilbur and Barbara (Small) MacWilliam.

Susan was a kind hearted woman who would do anything for anyone in need.  She loved knitting, craft making, playing cards, and a good game of golf.  Susan began work at Mount Allison University in 1974, retiring after 41 years of service in 2015.  She was a Mom to everyone that entered her home, but her most important task was being a loving wife, caring mother and grandmother, daughter, sister, and friend.

In addition to her parents, she was predeceased by her Step-mother Doreen MacWilliam

Arrangements have been entrusted to the Jones Funeral Home, 70 Bridge St., Sackville, NB (506-364-1300) where a private family service will be held on Sunday, November 22, 2020 at 2 pm.  A live stream of the service will be available for all those unable to attend in person.  A public Gathering of Remembrance will be held at the funeral home once we are able to come together again.

In lieu of flowers, donations in memory of Susan may be made to the Heart and Stroke Foundation, or to the charity of your choice.

Sharing of memories and condolences may be sent to the family by visiting Susan's online memorial at www.jonesfuneralhome.ca or through the Jones Funeral Home Facebook Page.