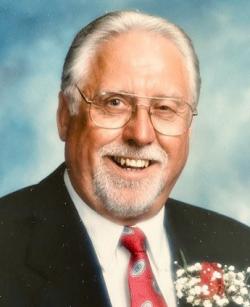 Paul Joseph Legere Sr., 81, of Baie Verte, NB, passed away on October 9, 2020, at the Moncton City Hospital, Moncton, N.B. after a long illness. Born in Petit Cap, NB, he was the son of the late Raymond and Lucille (Jacob) Legere.

Paul made the move to Boston, Massachusetts in 1964, where he resided for 36 years until returning home to what he referred to as "God’s Country" in 2000.  He lived the remainder of his years enjoying the beauty of the Northumberland Straight where his spirit will always remain.

He was an exceptional guitarist, having the talent and skill to light up any room, anytime and anywhere.  Memories of his jam sessions with his brother, and friend Henry, will remain in the minds and hearts of all that knew him.

Paul is survived by Beverly A. Legere (Hoyt-Sigl), his loving, devoted wife. Paul was the proud father of Michelle Kennedy (Legere) and her husband Steve of Windham, NH, USA, Paul J. Legere Jr. who pre-deceased him in July 2007.  Also, the grandfather of Nicole Anne and Joseph Ronald Hero of Windham, NH, USA.  Both the children of his daughter Michelle. He also leaves behind his loving niece Irene Chevarie (Burns), her husband Ed and their children Nathalie and Rachel, of Amherst, Nova Scotia, his cousin Louis Jacob and husband Daniel of Cap Pele, NB, Henry Legere and wife Doris Ann, Lorenzo Leger of Moncton, NB.

In addition to his parents & son Paul Jr., he is pre-deceased by his brother Ronald, sisters Theresa, Roberta and Rosella "Rosie" all of Amherst, NS.

Arrangements are under the care and guidance of Jones Funeral Home Port Elgin, 3 West Main Street, Port Elgin, NB (506-364-1300).  Cremation has taken place.  Honouring Paul's wishes, there is to be no visitation or funeral services.

Those wishing to make a donation in Paul's memory may do so to the charity of your choice.

Sharing of memories and condolences may be sent to the family by visiting Paul's online memorial at www.jonesfuneralhome.ca or through the Jones Funeral Home Facebook Page.