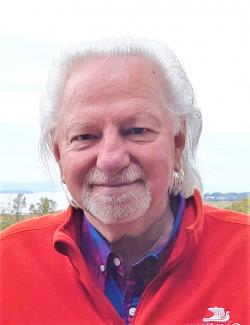 Wayne Franklin Harper, of Sackville, NB passed away peacefully on September 10, 2020 at the age of 79. Born in Ottawa, ON, Wayne lived in London ON where he started work for M. Loeb Ltd. after graduation. He quickly moved up the ladder and in 1982, he accepted his "dream job" as Vice President of Wholesale Operations with Loblaw’s at their eastern head office in Sackville NB. Then in 1992 he purchased the Vogue Cinema which he operated until 2006. During this time, he also assisted in his wife’s business, The Flying A, and taught at Mount Allison University in the Commerce Department.

Wayne was unselfishly devoted to his community and recently received the Long Term Service Award from the Town of Sackville. Most recently he was actively involved with The Rotary Club of Sackville, a Board member of Block Investments and Property Holdings Ltd, Secretary of the Curl for Cancer annual Bonspiel and Treasurer of the Sackville Farmer’s Market Limited.

When Wayne was not volunteering his time, he could be found playing bass guitar for friends and family in the band Cookin’ and as well as at local events or the Sackville Farmer’s Market.

Wayne was the oldest of two children of Francis (Frank) Harper and Ruth Harper (Way). He was predeceased by his parents, his younger brother Ian Harper, his son, Todd Harper and grandson Hewson Ray. Wayne is survived by his wife Sandra Harper (McGinn) and daughter Kristen Harper (Andrew Bone) and grandchildren Marley in Halifax, and Megan and Madeleine in Ottawa ON.

The family remembers Wayne for his outgoing nature, his love of friends and family, his generosity and his love of community.  Wayne always maintained that life in Sackville is what everyone should experience, a lifestyle not found anyplace else.

In lieu of flowers, donations to the Canadian Cancer Society or the Sackville Memorial Hospital Foundation can be made in Wayne’s memory through Jones Funeral Home.

A tribute to a life of dedication and commitment.