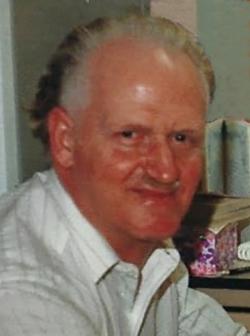 It is with great sadness that we announce the passing of Donald Frederic Copp, 82, at the Villa du Repos, Moncton, NB, on Sunday April 12, 2020.  Born in Port Elgin, Donald was a son of the late Blair and Jean (Davidson) Copp.

Don was a selfless Father and husband.Outside of his family life Dad’s main passions were politics, history, the stock market, hunting and his home brew. In his younger years he was an ardent outdoorsman. In his twilight years he always had keen and insightful comments for politics, as well as particularly colourful words for the state of American politics. To his great satisfaction many of these observations made their way to the letters to the editor section of the Times and Transcript.

Don was a model father, and an incredibly self-sacrificing man always putting his family first.

Don was the last surviving member of immediate family. He is survived by his wife of 37 years, Conchita Copp, his son Martin (Rebecca Drummond) Copp and his grandson Henry Copp.

Besides his parents, Don was predeceased by his brothers, Norman and Aubrey Copp, and his sisters, Phyllis Wood and Doris Clark

Arrangements are under the care of Jones Funeral Home, 70 Bridge Street, Sackville, (506-364-1300).  Honouring Don's wishes, cremation has taken place.  A private graveside service will be held from the Fernwood Cemetery at a later date.

Donations in memory of Don may be made to ALS Canada.

Sharing of memories and condolences may be sent to Don's family by visiting his online memorial at www.jonesfuneralhome.ca or through the Jones Funeral Home Facebook Page.