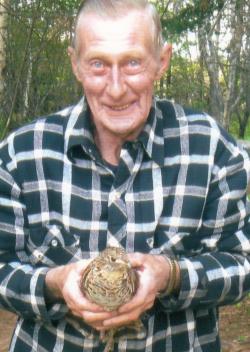 It is with great sadness that we announce the passing of Harry Winslow Milner, 85, of British Settlement, NB on Monday, February 3, 2020 at the Sackville Memorial Hospital. Harry was born in British Settlement and was a son of the late John and Serena (Ward) Milner.

Harry was a go-getter with many interests. He worked for the Town of Sackville for 25 years as well as in the woods. A man with a big heart, he would give the shirt off his back to anyone in need. He was a devoted husband, father, grandfather, great grandfather, and friend to all.

Besides his parents, Harry was predeceased by his wife, Shirley in 2017; a brother, Frank, and two sisters, Linda and Eileen.

Arrangements are under the care and guidance of Jones Funeral Home, 70 Bridge Street, Sackville (506-364-1300). Honouring Harry's wishes, cremation has taken place. The family welcomes family and friends to gather to celebrate Harry's life during a time of visitation at the funeral home on Friday, February 7, 2020 from 6-8 pm.

Donations in memory of Harry may be made to a charity of the donor's choice.

Sharing of memories and condolences may be sent to the family by visiting Harry's online memorial at www.jonesfuneralhome.ca or through the Jones Funeral Home Facebook Page.