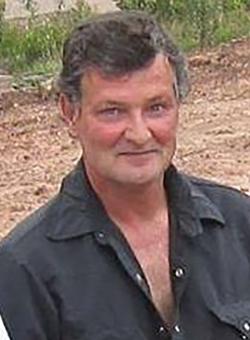 It is with great sadness that we announce the sudden passing of our brother and friend, Robert George Ward, 54, on Monday, January 14, 2019, in Edmonton, AB, after a brief illness.  Born in Sackville, Robert was a son of the late, Robert and Phyllis (Chapman) Ward.

Robert had been a carpenter for many years, and most recently worked with Ward's Hyrdraulics in Fort MacMurray.  Robert loved storage units and attending auctions for them or taking in the occasional yard sale.  He was an avid hockey fan and followed the Montreal Canadiens.  He was a kind and generous man who would give you the shirt off his back.

Besides his parents, Robert was predeceased by his sister, Linda Mills,  his sister-in-law, Mary-Lou Barnes, his nephews, Larry Mills Jr, Dustin Mills, as well as his niece Ashley Mills.

Arrangements are under the care and guidance of Jones Funeral Home, 70 Bridge Street, Sackville, NB (506-364-1300).  Cremation has taken place.  Family and friends are invited to a time of reception and a chance to celebrate Robert's life at the funeral home on Saturday, January 26, 2019 from 2-4 pm.  Interment will take place along side Robert's parents in the Westcock Cemetery in the spring.

Donations in memory of Robert may be made to a charity of the donor's choice.

Sharing of memories and condolences may be sent to the family by visiting Robert's online memorial at www.jonesfuneralhome.ca or through the Jones Funeral Home Facebook Page.