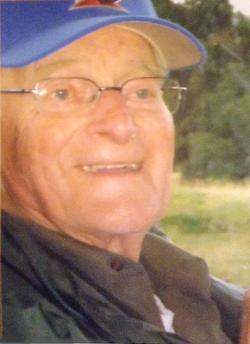 Rob began teaching at the age of eighteen. He taught in a number of schools in the Aulac and Sackville area, participated in a variety of school committees and held various administrative positions throughout his educational career. He personally encouraged, counseled and prodded his students to excel and his efforts were rewarded with respect and commitment.

After 35 years of teaching Rob became the first New Democrat elected to the New Brunswick legislature in 1982.  He worked for the people in the Tantramar riding  until 1987.

Many thanks to Joyce Spence for her help and friendship as Rob's homemaker.  To the ladies and nursing staff at 2069, a heartfelt thank you for the friendship, care and comfort you provided to both Rob and us, his family, over the last 8 months.

Rob was predeceased by his parents, Jim and Mary, his sister Agnes and her husband Garth Allen. He leaves with wonderful memories his niece and nephews Sharon MacLellan (Don), Stephen Allen (Nancy Delahunt) and Jim Allen (Christina), his great nieces and nephews Jaime (Brad Hunter) and Joselyn MacLellan (Moncton) and William and Thomas Allen (Colorado Springs) and his great friend and traveling buddy Noreen Spence (whether it was visiting abroad or exploring the roads in NB and NS).  He is also survived by several cousins in both Canada and Scotland who shared in various stages of Rob's life.

Arrangements are under the care and guidance of Jones Funeral Home, Sackville and Port Elgin.  A time of visitation will be held from their Port Elgin location, 3 West Main Street (506-538-2241) on Sunday, July 17, 2016 from 2 pm until the time of the funeral at 3 pm.  Interment will follow in the Fernwood Cemetery.  William Drysdale DLM officiating.

Donations in memory of Robert may be made to PEDVAC, Fernwood Cemetery or the Sackville Memorial Hospital Foundation.

Condolences may be sent to the family by visiting Robert's online memorial at www.jonesfuneralhome.ca or through the Jones Funeral Home Facebook Page.