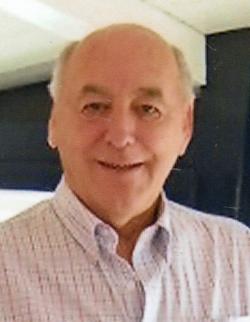 It is with great sadness that we announce the passing of Leo Paul Joseph Legere, 73, of Dieppe, on Monday, November 4, 2019 at the Dr. Georges L. Dumont Hospital.  Born in Port Elgin, Paul was a son of the late Emery and Rosie (Colburn) Legere.

Paul began his working life with Four Wheel Drive in Kitchener, ON, manufacturing trucks until the plant closure in 1966.  He then entered into the cable television industry and worked in Ontario, Vancouver Island, Alberta and New Brunswick for 35 years.

Paul was an avid supporter of his children's hockey and figure skating for many years.  He was a well respected coach in Minor Hockey.  He also enjoyed fishing and was an accomplished musician and guitar player.

Besides his parents, Paul was predeceased by his brothers Kenneth, Robert and Reginald, as well as his sisters, Caroline and Charmaine

Arrangements are under the care and supervision of Jones Funeral Home, 70 Bridge Street, Sackville (506-364-1300).  Honouring Paul's wishes, cremation has taken place.  A graveside service will be held from the St. Clement's Parish Cemetery, Port Elgin, on Thursday, November 7, 2019 at 11 am.

Donations in memory of Paul may be made to the Kidney Foundation of Canada or the Heart and Stroke Foundation.

Sharing of memories and condolences may be sent to the family by visiting Paul's online memorial at www.jonesfuneralhome.ca or through the Jones Funeral Home Facebook Page.