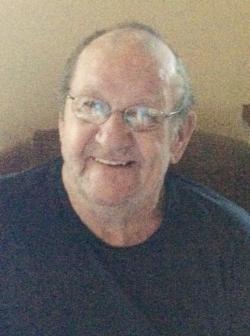 It is with great sadness that we announce the passing of Hinson Job Fields, 76, of Moncton, on Monday, September 16, 2019 at the Moncton Hospital.  Born in Chapman's Corner, NB, Hinson was a son of the late Job and Agnes (Pauley) Fields.

Hinson had been an avid hunter and fisherman with a love for the great outdoors.

He will be sadly missed by his wife, Connie (nee Francis), Moncton, with whom he would have celebrated their 55th wedding anniversary on October 17; brother, Gary (Judy) and Derek and his sisters, Alein (Harold) Trenholm, and Chyrl Fields.

Besides his parents he was predeceased by his brother Roger and his infant sister, Judy.

Arrangements are under the care and supervision of Jones Funeral Home, 70 Bridge Street, Sackville (506-364-1300).  Honouring Hinson's wishes, there is to be no visitation or services. Hinson's remains will be interred in the Fernwood Cemetery at a later date.

Donations in memory of Hinson may be made to a charity of the donor's choice.

Sharing of memories and condolences may be sent to the family by visiting Hinson's online memorial at www.jonesfuneralhome.ca or through the Jones Funeral Home Facebook Page.